A 32 bar Strathspey for three couples in a triangular set.
For Ivy Thew.

Repeat from new positions.
Written in memory of Ivy Thew who I danced with many times at club and class and whose determination
kept her dancing when most of us would have retired.
This dance was originally published by the Auckland Region, NZ Branch RSCDS in the Ivy Thew Memorial Collection.
Suggested music: “The Silver Star” from Rob Gordon’s Complete Caledonian Ball. 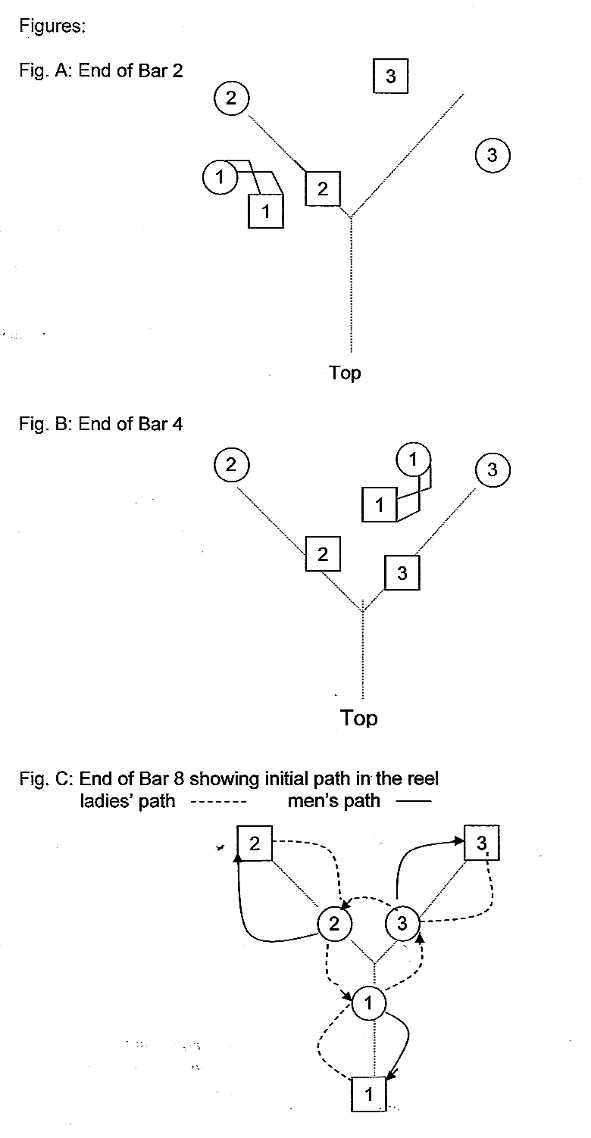